YOUR CASE, OUR PASSION.

Injured in an auto accident, medical malpractice, facing criminal charges, or need help with a traffic ticket? Our mission is to form a lasting partnership with every client. Our passion is the people we help and the lives that we help change. So, if you have questions or need assistance—we are here to help.

Is the Car Company Liable if the Airbags Do Not Deploy? 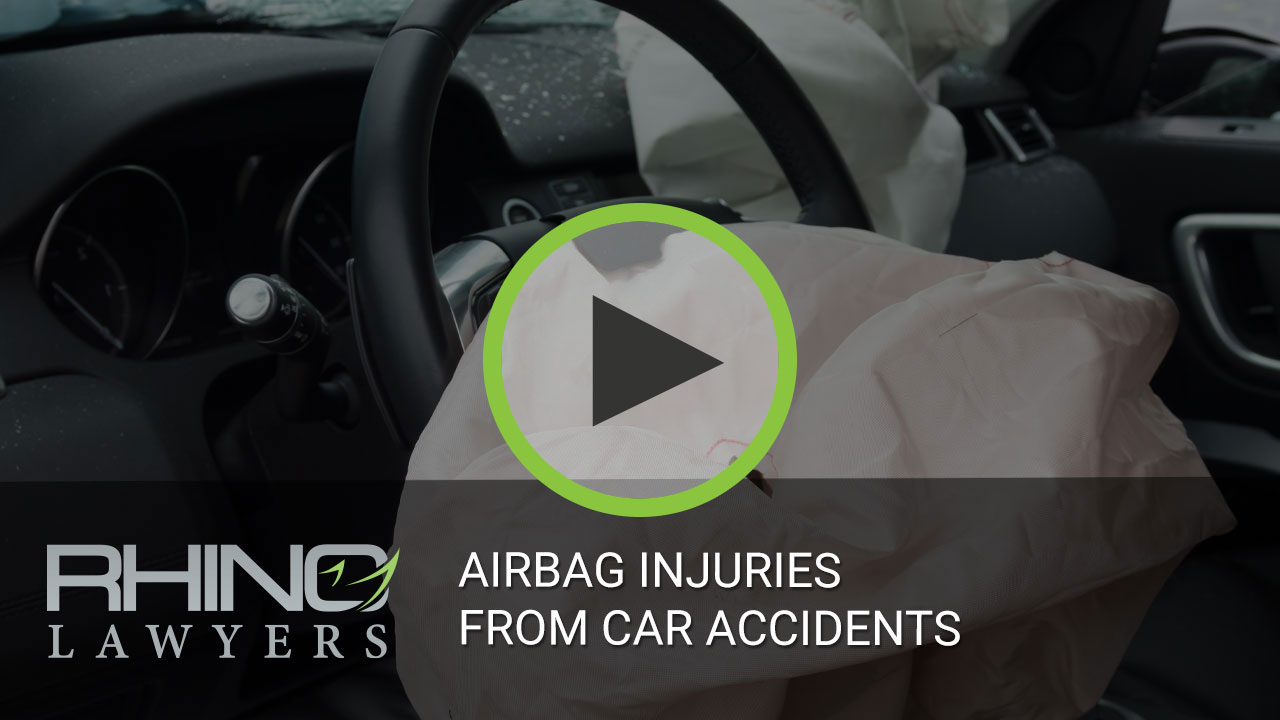 A car accident can be a terrifying experience for everyone involved. If you’re in an accident and the airbags don’t deploy, this is extremely dangerous.

When car manufacturers equip cars with airbags, they expect them to work when needed most. The airbags should protect passengers during car accidents.

But the question is; is the car company liable if the airbags don’t deploy? Read on to understand how a car accident attorney can help determine who’s responsible for your defective airbags.

How Do Airbags Work?

During a collision, the impact triggers sensors if there’s a dangerous amount of pressure on the car seat. In response, an airbag system activates within milliseconds.

A carefully folded airbag rapidly inflates to cushion or prevent injury. This includes hitting the steering wheel, dashboard, window, or seatbelt during a crash.

An airbag deploys at speeds as high as 200 mph. That’s about the same speed a professional boxer hits another person. The bags deflate once they sense that a driver or passenger has moved away from them.

Why Would Airbags Sometimes Fail to Deploy?

Airbags have two separate phases. The supplemental restraint system includes sensors that detect when a collision has occurred. Then there’s an impact protection phase in which the airbag inflates.

The impact protection phase can be disrupted if the sensor thinks the vehicle is in free fall. This is possible in a rollover accident instead of in a crash.

Airbags should not deploy during sudden braking or swerving either. These abrupt movements could result in injuries caused by the bag rather than colliding with something else inside or outside of the car.

Airbag Defects and Malfunctions That Can Cause Injury

Airbags can be defective or designed poorly in several ways. All of which could lead to injuries when they don’t deploy properly.

Here are a few examples of car manufacturer defects that can result in defective airbag deployment:

A computer relay is an electrical device used to control car parts such as car locks, headlights, and horns. The car’s computer relay controls the car’s electronic diagnostic system included in airbags.

A defective computer relay may cause the car’s check engine light to illuminate even though there’s no problem with the vehicle. When this occurs, it can prevent an airbag from deploying when a car accident occurs.

For car airbags to inflate during accidents, they need sensors that detect car collisions and deploy the airbag. If defective airbag sensors don’t detect car impacts or deploy when needed, they can cause serious injuries.

If your vehicle hits a large pothole or a curb, its airbag might inflate suddenly, causing injuries. As such, the driver might lose control, causing a collision that might cause severe injuries.

Late airbag deployment can cause serious injuries. A bent steering wheel or marks on the dashboard from the car occupant are indicators that the airbag deployed late.

Injuries occurring from late deployment are more severe than those where the airbag didn’t get deployed at all.

The primary goal of airbags is to minimize injuries when a collision occurs at high speeds. However, it’s more likely to cause injuries when deployed at low-speed car crashes.

Aggressive airbags are dangerous for adults with small stature and small kids.

Not every car manufacturer defect results in car accident injuries. Yet, if a car company’s defective car part caused your injury, you may be entitled to compensation.

What Damages Can You Collect When Airbags Fail to Deploy During a Car Collision?

Depending on the case and other circumstances, compensation for injuries resulting from faulty airbag systems could include:

It’s worth noting that this could apply if a car company were aware of a defect. Yet, it did nothing about it for a long time.

What Type of Injuries Occur When Airbags Do Not Inflate?

Airbag failure can result in serious injuries or death anytime the system doesn’t work as intended. They’re designed to prevent injuries caused by being close to something hard, like a steering wheel or dashboard.

If they can’t deploy properly, drivers might hit the steering wheel with enough force to cause head and neck injuries. Airbags can also cause injuries when they inflate too quickly without proper warning.

Car companies should compensate you for these damages. This is because their products failed to protect car occupants or didn’t work as they were supposed to.

In case of an accident and the airbags fail to protect the car occupants, the car manufacturer or other parties may be responsible for car accident liability.

It’s every car manufacturer’s responsibility to ensure that the airbags function at optimal levels.

A car company may be responsible for airbag injuries because of the following:

Extensive investigations on what caused the airbag failure must be done to determine the responsible party.

Did you get involved in a serious car accident that caused severe injuries due to airbag malfunction? Engaging a reputable car accident lawyer can help you investigate and determine the responsible parties for the failure.

Here at RHINO Lawyers, we’ll evaluate your case and help you get the much-deserved compensation for faulty airbags. Call us now to get started.

In short, after a car accident, you may not know your rights. Above all, don’t struggle through the process alone. Actually, our personal injury team is here to help you with any legal needs you might have regarding your accident.

Lastly, let RHINO Lawyers answer your questions and review the facts of your case with a Free Consultation. So, get started by completing the “Free Instant Case Evaluation” or by calling us any time, day or night, at 844.RHINO.77.

Brandon F. Jones, Esq.
Born and raised in Wisconsin, Brandon began his legal career at a prominent south Florida plaintiff’s personal injury law firm. From there he then went on to work at a large insurance defense firm. While he enjoyed the legal challenge and experience, Brandon knew his heart was with representing those whose lives had been changed by the actions of others. As a result, he formed Jones Law Group, P.A, and pioneered a new approach of partnering with clients to ease their legal experience. Today, Brandon practices under the name RHINO Lawyers helping the injured and the arrested. Continuing his personal mission to change the lives of the people he helps.

Recognizing a Fair Settlement Offer
What Is Causation in Medical Malpractice Case?
What are Florida’s Electric Bike Laws?
Menu

Good Things Come To Those Who Signup for Our Newsletter.

Honestly, this is the best legal newsletter out there.